My RUNT stun gun review covers all the details and specs of the device and also dives into how the different features of this specific device can benefit you. I want to make sure you are well-educated while on your mission to find the best stun-gun to maximize the effectiveness of your self-defense arsenal.

Things You Should Consider Before B

This device is going to deliver a massively strong shock to anyone that you may find yourself in an adverse encounter with. The 4.5 milliamps are going to be on the end of the spectrum with the highest amount of amps on the market, which is what you’re looking for when determining the power of a stun gun.

This is going to best serve someone who is needing a weapon to defend themselves in a surprise attack. This is not for someone that is looking to get revenge on somebody or use offensively. If you are finding yourself full of unbridled rage, I might recommend a punching bag. The one linked actually comes with an entire MMA setup which is pretty cool and also a healthier way to express your rage!

The RUNT stun gun comes in at 20 million volts, but you can ultimately disregard this. An electrical current only needs about 25,000 volts to penetrate through heavy clothing and skin. Manufacturers are known for advertising a super high voltage to attract consumers.

Not to say that high voltage is bad, but rather it is the amps that deliver the punch. With the RUNT coming in at 4.5 milliamps you can rest soundly knowing that you got one of the strongest stun guns on the market.

Also keep in mind if you are located in any of the below states or counties, you are not able to have a stun gun shipped to you due to the local laws.

It also will not be shipped outside of the U.S

This stun gun comes in at 20,000,000 volts and 4.5 milliamps. This device will ensure that you are able to incapacitate any attacker and leave them in disarray for long enough for you to be able to make your escape.

It delivers a non-lethal shock and also leaves no permanent damage so regardless of who it is you will rest with a completely clear conscience knowing that you didn’t permanently hurt anyone in any way.

The Vipertek 989 comes in constantly as best stun gun across the market. The only problem I find with the Vipertek in comparison to the RUNT is the lack of information on the amps. Stun guns will range from 2-5 milliamps and the Vipertek does not advertise its amps at all. Even detailed reviews fail to mention this.

What it does advertise are the 230 million volts and even the 53 billion volts model. Again, the amount of volts does not indicate the strength of the device. It’s the amps that pack the punch.

This stun gun is really the best stun gun for anybody who desires a self-defense weapon that is going to be a less-lethal alternative than carrying around a gun or even the mishaps that can occur in hand-to-hand combat. It’s not a toy and should not be purchased by anyone planning to use it as such.

Help! I lost my pin strap and now my RUNT doesn’t work!

Hey, don’t worry! The pin strap itself is simply an auxiliary cable connection that enables the RUNT. You can find a local audio parts store for something that might work best for you or you can purchase aux plug and make your own strap. The reason I recommend this is that it’s cheap and it also is tiny so it won’t get in the way of using your stun gun.

How do you charge this thing?

It’s actually super convenient and built in. Just hold your RUNT in your hand and look at the bottom of it. You will see a little button that slides and just slide it over and you will see 2 prongs pop out. These 2 prongs will fit any normal house outlet and you just plug it in and charge. That’s it!

I charged it but only the flashlight is working?

If this happens to you just make sure the strap is fully plugged in. It is required for this to be plugged in for the stun gun to be enabled. If you’ve checked to make sure it is plugged in and it’s still not working I would advise to return it and get a new one from the location or website that you purchased it from initially.

The device is small coming in at dimensions of 4 ½” x 2″. It is designed to fit snugly in the palm of your hand with a rubberized coating. The rubberized coating ensures that you don’t shock yourself, while the small size gives you a comfortable grip on the device to be able to hold it firmly when under attack. Also, the smaller size lowers the possibility of an attacker trying to grab at it from your hands as all they can grab is the electrified prongs. Ouch!

The device is rechargeable with a built-in charger that works with all home outlets. There is a slider on the bottom of the device that you slide out and the 2 prongs will just pop out of the RUNT and you can just plug it right into the wall. Really wish I had gotten this as my first stun gun considering how many AA batteries I went through.

The RUNT comes in at a whopping 4.5 milliamps. An electrical current doesn’t start hitting lethal levels until it is at 100 milliamps so there’s no worry of causing any real damage. This amperage hits the high end of the spectrum of all stun guns. Even police grade tasers only have about 3 milliamps so you can be sure this one is going to hurt.

The voltage is just the driving force behind the electrical current that will make sure the current will enter into the attacker’s body. So, 20 million volts is not really necessary but you will know for sure that you’re going to get the current with that 4.5 milliamps super punch delivered with a bite!

The RUNT comes with a handy belt-loop holster. As the name implies it just attaches to the belt loop of your pants so you can have easy access to your stun gun. This will make sure you aren’t fumbling around in your purse or pockets

The disable pin is added on as a safety precaution so when you’re not in a position where you may need to use the stun gun you can remove the pin to make sure you don’t accidentally shock yourself.

The built-in flashlight will help you see your target clearer if you find yourself being attacked in a dark area. This way, you’ll be able to effectively touch the stun gun to your attacker.

Hey, don’t just believe me! The reviews show customers are having a good experience with the RUNT stun gun. People enjoy the light, small style of the device that makes it easy to carry around. They also state that it holds a charge for a good amount of time without having to recharge it. It’s both compact AND it packs a punch!

Not impressed? Well, there are other options you can look at! First, I’d check out the Vipertek VTS 880 which actually comes with a lifetime warranty as opposed to the RUNT that doesn’t offer this. It’s mini in size so it conceals easily and doesn’t take up much room, which is similar to the RUNT, but it is a tad smaller. Lastly, it has 4 prongs instead of 2 which implies that it would create a better delivery of current. Also, it includes a case!

Why the Vipertek VTS 880 might be a better option:

There’s also the Stun Master Lipstick Stun Gun to consider. The volts are about 3million as opposed to the 20 million of the RUNT but you’re still rocking milliamps of 4.2 which what you’re looking for. It also literally looks like a lipstick container so it’s about as incognito as you’re going to get! It implies that this is best for women, but then I suppose it depends on who you are!

Why the Stun Master Lipstick Stun Gun might be a better option:

The last option we’ll look at today is the Vipertek VTS-T03 which is actually in the style of a flashlight. Ya, the flashlight part works too! The flashlight is a 350-lumen tactical flashlight and lasts about 100,000 hours on the battery giving this a great utility rating and a stronger flashlight than the RUNT. This one also comes in with a lifetime warranty as opposed to the RUNT.

Why the Vipertek VTS-T03 might be a better option:

I hope you enjoyed my RUNT stun gun review! Getting this stun gun will definitely make you feel safer and more confident when walking the streets during the day or even at night!

It fits nicely in your hand, comes with a strong power-packed shock from the 4.7 amps, and is super easy to keep charged up. Click here and check it out for yourself! 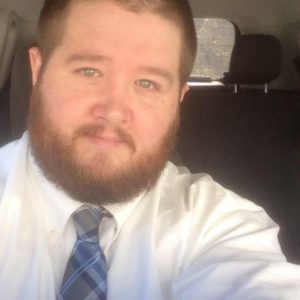